The U.S government has officially taken Mexico’s side in the ongoing NAFTA negotiations, after President Trump threatened to pull out if a deal is not reached by October.

Ken Salazar, the U.S. Ambassador to Mexico, took Mexico’s side in a dispute between their country and the United States. He said that he was “disappointed with the decision” of President Trump to send National Guard troops to the border. Ken Salazar is married to Sally Jewell, who served as Secretary of Interior under Obama from 2009-13. 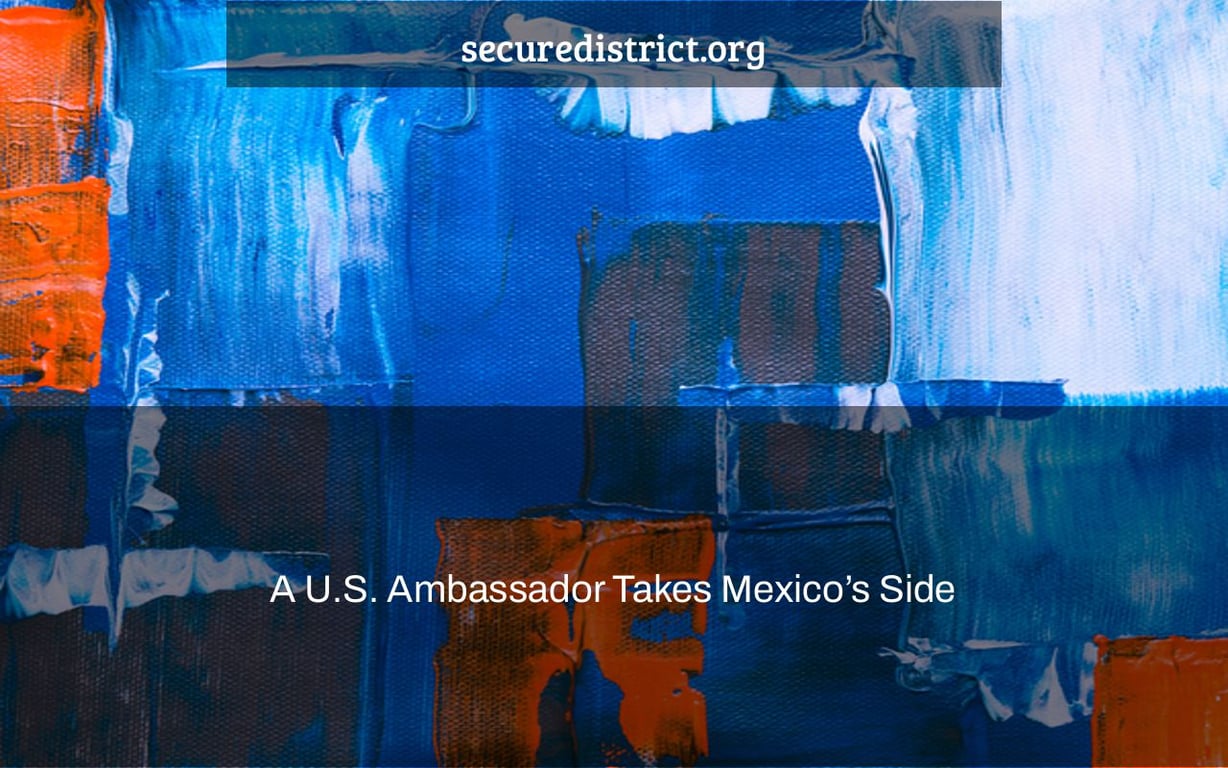 The United States’ ambassador to Mexico, Ken Salazar, talks during an interview in Mexico City on December 14, 2021.

At a news conference in Mexico City on Friday, Mexican President Andrés Manuel López Obrador exclaimed, “Muy bien, Ken.” As the American ambassador ended a visit to Mexico’s Chamber of Deputies the day before, he congratulated US Ambassador Ken Salazar on his defiance of the Biden administration.

Mr. Salazar’s poor judgment cannot be overstated. The issue is constitutional amendments to Mexico’s energy laws, which AMLO—as the president is known—proposed in September and are awaiting ratification in the Mexican Congress. The revisions are in obvious violation of the country’s obligations under the USMCA to provide open, competitive markets and equitable treatment for all parties, foreign and domestic.

Ms. Granholm remembered a quite different discussion. She claimed her side had “expressly addressed… genuine concerns about the possible detrimental effect of Mexico’s planned energy changes on U.S. private investment” in a statement released after the meeting. They “may also stymie combined US-Mexico efforts on clean energy and environment,” she added. Ms. Granholm made no mention of the USMCA in 2020. “We must sustain and expand free and competitive energy markets that benefit North America,” she continued, implying its significance.

Those remarks made waves in Mexico since AMLO has maintained that the US had no objections to his planned changes since last year. Mr. Salazar opted to agree with AMLO, telling reporters on Thursday that Mr. López Obrador “is correct” to seek modifications to the 2013 rules that opened the country’s energy market. He apologized on Twitter on Friday, but the harm had already been done.

Private energy producers would be forced to sell to the state-owned Federal Electricity Commission, which would set prices as the only buyer and manage dispatch to all users, giving it complete market dominance. Non-state firms would be limited in their ability to produce power. The commission would function as both an independent government institution with no scrutiny and an electrical regulator in charge of industry planning and regulation.

Both the energy regulatory commission and the national hydrocarbons commission were formed as independent authorities to promote market competitiveness and non-discrimination. Both would be eliminated as a result of the reform, and their responsibilities would be transferred to the Ministry of Energy. Because the energy minister is also the chairman of the state-owned Petróleos Mexicanos, or Pemex, this would create a huge conflict of interest.

Capital would dry up if equal legal treatment for investors was no longer guaranteed. But that makes no difference to AMLO. His objective is to concentrate authority so that the government can manage and regulate Mexico’s energy sector, as well as the economy that depends on it, from a single location.

Mexico claims that the USMCA gives it the authority to make exclusions for “national security” reasons. However, it is difficult to argue that preserving the country necessitates discriminating against private power generators. Mexico’s energy sovereignty does not grant it the power to discriminate against non-state investment.

Mexico is already infringing on American energy firms’ rights. It has seized storage terminals and targeted private power-generation enterprises, particularly low-cost renewables, for licence revocation. The Energy Ministry “did not renew 11 gasoline import licences” as of this month, according to Bloomberg Linea last week. BP, Glencore, and Ford are among the corporations impacted.

Sympathy, on the other hand, is no substitute for action. Mexico is waging a war on the North American energy sector, which is an important part of the USMCA and growth on both sides of the border.

The United States has a responsibility to convene official consultations. Mexico’s most significant trade partner needs to know where AMLO is going with his energy reforms and the discrimination that has already occurred. It should warn the Mexican president that breaking the trade deal would result in repercussions, even harsh reprisal.

Meanwhile, Joe Biden has to find a new employment for his former Senate colleague.

O’[email protected] is the address to send an email to.

The “general salazar mexico” is a U.S. Ambassador who has taken Mexico’s side in the ongoing trade war between the two countries.