One of the more interesting additions to a game can be in-app purchases. They allow developers make money off their work without needing a publisher, and basically give players free content while still ensuring they see value in investing time into the game. What makes this story different is that it was funded by an ICO instead of large publishers or investors who have stake on traditional gaming companies or franchises like EA. 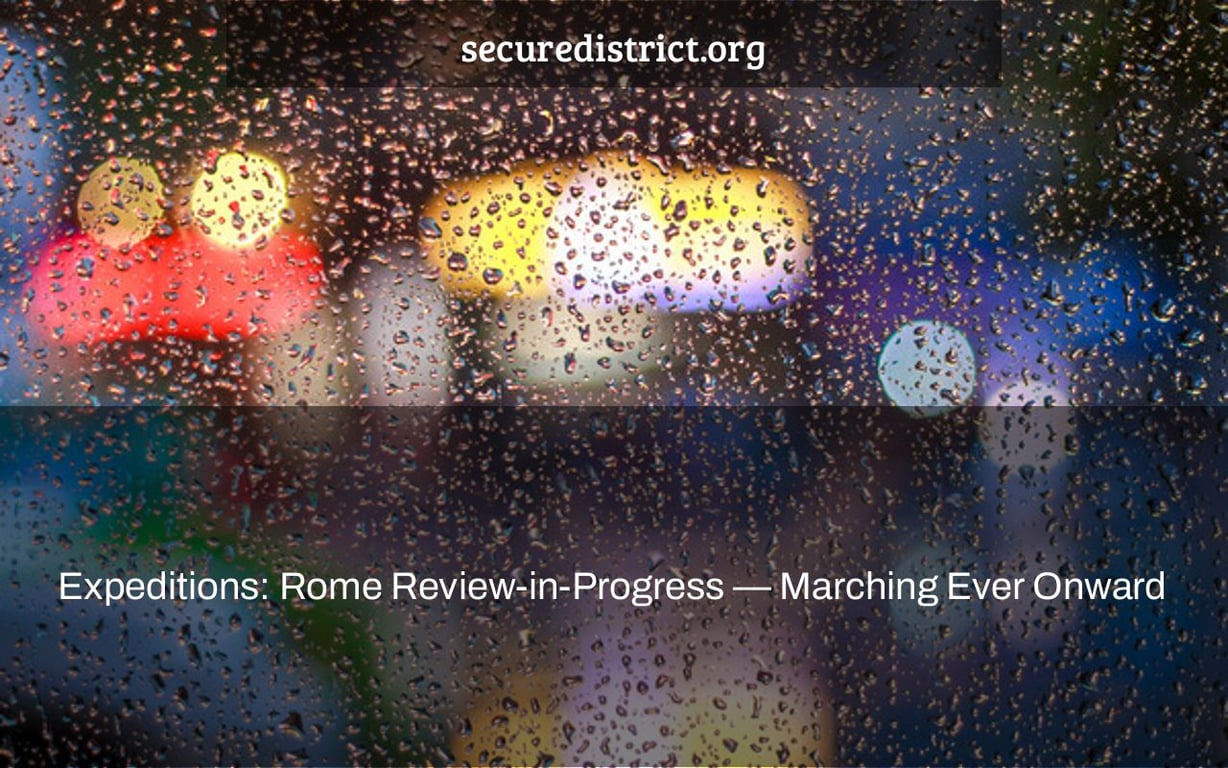 Expeditions: Rome is a massive game. From the grassy plains of Asia Minor to the sandy dunes of North Africa, I traveled with Legio VI Victrix. I defeated armies to capture settlements, and I emerged unscathed from skirmishes against hostile squads.

Despite this, after just over 25 hours of playing, I’ve discovered that I’ve only advanced to the halfway mark of the Expeditions’ second act. Normally, you’d believe you hadn’t even scraped the surface of such a vast experience in that little amount of time. Unfortunately, it seems like I’ve seen all the game has to offer.

Expeditions: Rome puts you in the position of a Patrician-born Roman commander. Your father was murdered, and your in-laws are plotting something nefarious. You’ll begin by selecting a class and meeting none other than Julius Caesar himself. Then, as the game progresses, you’ll notice a twist that will reveal that you’re going to carve out your own destiny.

Along the way, you’re aided by unique companions. There’s your loyal friend, Caeso Quinctius Aquilinus, as well as Syneros, a trusted advisor. Soon, you’ll meet Bestia, a fighter who’s got a chip on his shoulder, as well as Julia Calida, masquerading as a man so she could join the army. Much later, your group is rounded out by Deianeira, a gladiator whom you’ll free from servitude.

The rotating door of individuals doesn’t end there; you’ll also meet historical figures, some of whom are crucial to the story. We’ll let you discover them for yourself.

Exploring the globe map with your merry company has been a focus of previous Expeditions games. However, in Expeditions: Rome, you will have the opportunity to head the Legio VI Victrix.

You’ll still roam around to visit villages and points of interest akin to an RPG, though your legion will bear the brunt of Conquest Battles, clashes between your army and a hostile force that controls a region, such as Asia Minor, North Africa, or Gaul. These Conquest Battles are presented as an overhead tactical map where small icons move automatically. In each phase, three cards known as Strategems are drawn. Pick one, and you’ll see an outcome.

When your legion conquers a sector, you’ll be able to undertake missions to pacify it, as well as send your forces to occupy infrastructure. You’ll then receive resources that can be used to upgrade the buildings in your outpost.

This is only the Expeditions: Rome meta-game. As the story progresses, your regular party becomes more important. You may recruit generic troops who can become Praetorians (party members) in their own right, so you’re not confined to your friends.

All characters belong to a particular class. For instance, Caeso and Deianeira are Princeps, the “tanking class.” Bestia, meanwhile, is a Veles, the assassin archetype that can easily flank foes and deliver quick strikes with dual-wielded weaponry.

As for Julia, she’s a Sagittarius, but it doesn’t mean that she likes Leos and doesn’t get along with Capricorns. Rather, the Sagittarius is your archer class, with an “overwatch-esque” ability to boot. Lastly, there’s the Triarius class, which is what Syneros is. It provides utility and healing effects for your team.

Expeditions: Rome’s party-based combat is a tactical turn-based affair, akin to its predecessors and others in the genre. Characters enter hexes and utilize their powers to eliminate their opponents. To chain kills, sunder armor, or acquire buffs via flanking movements, you’ll need to plan ahead and choose the right targets.

Furthermore, since you may acquire generic characters, you can customize your squad to fit your playstyle. Do you want a bunch of Triarii for unlimited healing, free action refreshes, and AoE boosts? That’s absolutely OK. If you want to sit back and shoot everything that comes your way, you may bring numerous Sagitarii.

Siege fights, which are the finale of each act, will also be part of your experience. These are multi-phase tactical engagements that will demand your whole party (you’ll break them up into squads to tackle various objectives in a stronghold). During the last battle, everyone regroups in order to drive back the remaining enemy. You may even launch death from afar using catapults.

Expeditions: Rome has a lot going for it on paper. Unfortunately, a few obstacles stand in the way.

Regardless, the Conquest meta-game grows tedious as you go through the story. It was like a breath of fresh air when I first began taking over regions in Asia Minor with my army. I had the distinct impression that I was in for a fantastic experience. Then, a few hours later, I began pleading with Expeditions: Rome to remove this mechanism as a prerequisite for progress.

Indeed, to go to the following act, you must first pacify five districts, then seven, then ten, and finally all thirteen. Act 2 has a similar obligation later on. “Here we go again,” I grumbled to myself, loathing my current situation.

Conquest Battles are dull, and the Strategems you obtain to accomplish them are random, which doesn’t help things. Similarly, your outpost structures serve as menus, with additional improvements only increasing their benefits.

Random occurrences on the globe map just add to the sadness. To be fair, this is a standard that I like in a variety of games. However, since there are hundreds of places to conquer and because you must wait for in-game time to pass between some activities, you will encounter a slew of random occurrences.

Many of these have outcomes that must be avoided to keep characters from getting injured, dodge dialogue options that cause approval/loyalty drops, or keep your army losing rations. As such, it comes to a point where reloading saves to prevent RNG-based mishaps is a common occurance.

Although the tactical side of things in Expeditions: Rome is less troublesome, there are still a few oversights. Characters allocated to outpost facilities, for example, cannot be viewed, thus you must remember their bonuses and their talents.

Furthermore, there seems to be no method to respec skill points. If you choose to create your friends in a specific manner, you must live with your choices. When it comes to generic Praetorians, your pool of recruits already contains random, prepared builds, thus I only had two choices if I wanted the correct abilities.

The initial step was to “rescue scum” till I came upon a character I liked. The second was to rehire my army commanders as regular party members after dismissing them. This was to guarantee that I had high-level troops who could still be assigned skill points.

Expeditions: Rome is a large and ambitious city. The sheer size of the campaign will startle those who have played the previous games in the series. Unfortunately, even if the tactical skirmishes keep you on your toes, there are a few strategic blunders that border into tedium.

Even though I’m just in Act 2, I already feel like I’ve seen all that Expeditions: Rome has to offer in terms of mechanics. The plot, objectives, and tactical fights have all piqued my interest. Similarly, I like the challenge that long siege fights provide. Unfortunately, the meta-game grind to advance is still something I can’t handle.

[Note: The Expeditions: Rome key used in this review-in-progress was given by THQ Nordic.]